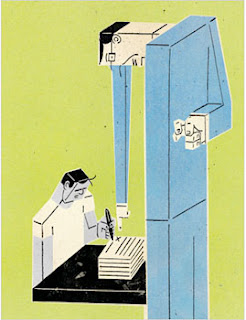 Theispot.com had the New York Times Week in Review section covered this past Sunday: Dave Plunkert commanded three quarters of the front page with his powerful image illustrating damaged consumer trust in the financial system.
Posted by Danny at 3:48 PM No comments: 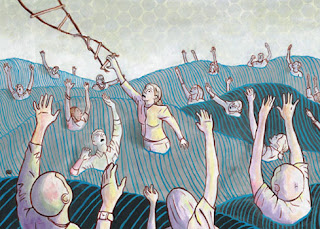 Check out Art News stories on recent work from four of our artists: Becca Case, Steven Noble, Robert Burch, and Marc Tobin.
Posted by Danny at 11:41 AM No comments:

This week's Annual Mind & Body Special Issue of Time Magazine features the cover art of ispot illustrator Lou Brooks. "It was last Friday, and I was coming down off of about two weeks' worth of late nite deadlines. Just as I put my feet up, the phone rang and it was Time AD Arthur Hochstein himself, who easily convinced me to take on the assignment," says Brooks. "It was possibly the best match up of art director and illustrator I've ever experienced. We just really worked perfectly together. Even under the typical news weekly deadline pressure, neither of us ever took our eyes off of making it the greatest cover we could." The cover headline - "The Science of Romance" - refers to the main feature of the special issue, which deals with the molecular dynamics of sexual attraction. Typical of Brooks's masterful iconic pop imagery, the cover features a closely cropped amorous couple caught mid-kiss, mixed with the irony of them each thinking about the moment scientifically.
Posted by Danny at 4:36 PM No comments: 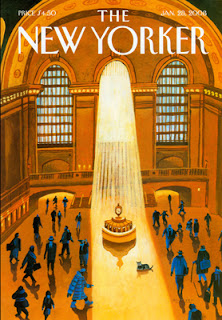 In the current issue of The New Yorker, Mark Ulriksen gives us a dreamy, cat’s eye view of Grand Central Station on the cover… 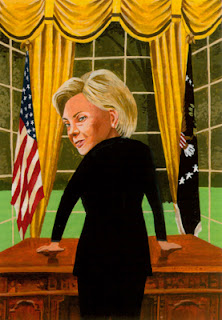 …and a hard-hitting Hillary inside.
Posted by Danny at 4:29 PM No comments: 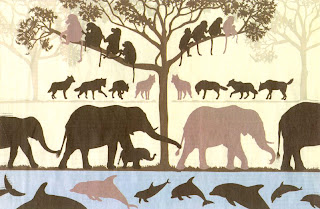 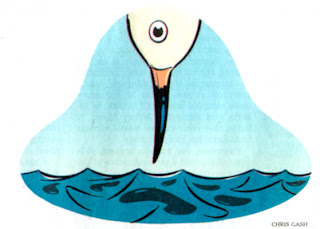 “Tracking the Spread of Contaminants by Testing Blood Cells” 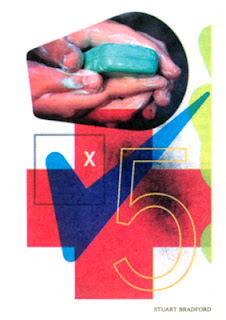 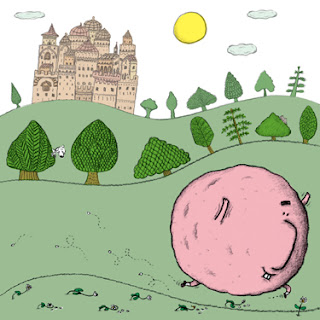 Robert Weinstock’s new children’s book, GIANT MEATBALL, is out in a couple of months, and it promises to be a hit. There’s something about the word “meatball” that got us giggling from the get-go; one glimpse of Robert’s character pretty much finished us off for the rest of the day. Here’s an advance look at a few pages.
Posted by Danny at 1:15 PM No comments:

ARTISTS AGAINST THE WAR 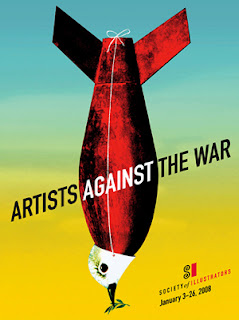 The Society of Illustrators in collaboration with The Nation Presents Artists Against the War
Opening reception: Wednesday, January 9th, 2008
6 – 9 pm

100% of the proceeds go to Disabled American Veterans, in support of disabled veterans and their families.

“This show is the expression of over 60 of the top graphic artists and illustrators working in the United States and abroad whose anguish has compelled them to produce works that challenge the self-destructive ignorance, indifference, incompetence and corruption that is the result of US Middle East foreign policy. These works of art will give a voice to those whose views are not represented by the mainstream media. We will be using this forum as a way to support those most directly affected by the harsh consequences of military combat—the brave men and women who serve their country as well as their family members who must live with the affects of war long after the parades are over.”

Click through to the Art News story to see work by other ispotters.
Posted by Danny at 11:15 AM No comments: